When I applied for the Fulbright Scholar program in 2018, I had specifically chosen Indonesia because I wanted to work in a culture that was as different from my everyday experiences as possible. In the past few years, I have become interested in how scientific concepts move between cultures, as there is this silent assumption that if we just toss science teaching resources online, they will somehow magically be adopted worldwide and enlighten everyone. But considering that accurate scientific understanding of phenomena often has difficulty gaining traction even within in Western civilization, it should not be particularly surprising that this understanding doesn’t magically cross cultural boundaries just because it’s on the internet. I wanted to take a closer look at the challenges in moving scientific ideas across cultural, language, and technological boundaries. Plus, I liked Indonesia as I had spent a lovely Thanksgiving weekend there in 2017.

Ternate is located in the eastern part of the Indonesian archipelago, off the west coast of the island of Halmahera

My chosen assignment was on the island of Ternate, an active volcano in the North Maluku province (Maluku Utara, in Indonesian) in eastern Indonesia. My host, Dr. Halikuddin Umasangaji, met me in the capital Jakarta (on the island of Java) for orientation with the Fulbright program and traveled with me to ensure that I would actually make my way successfully to a place that was a bit off the grid and with which I had difficulty familiarizing myself in advance. Turns out that when you want to live and work a bit off the beaten path in a foreign country, it’s difficult to find English language resources to guide you. Plus, being too prepared would have taken a lot of the fun out of the process of discovery.

The island itself is tiny, only about 7 miles (11 kilometers) across, and located about 50 miles (80 kilometers) north of the equator. Historically, Ternate and the neighboring island Tidore were the major producers of cloves. This valuable spice allowed the rulers of these sultanates to become extremely wealthy and powerful while competing against each other for influence in the North Maluku, Sulawesi, and Papua region. The region came under the sway of Portuguese colonizers first, followed by the Spanish, and then the Dutch. It was from here in 1858 that Alfred Wallace sent his paper on evolution (the “Ternate Essay”) to Charles Darwin, who publicized it along with his own work on evolution. Wallace made many observations that led him to the theory of evolution in this region, where the Asian ecozones of western Indonesia transition to the Australasian ecozones of eastern Indonesia. 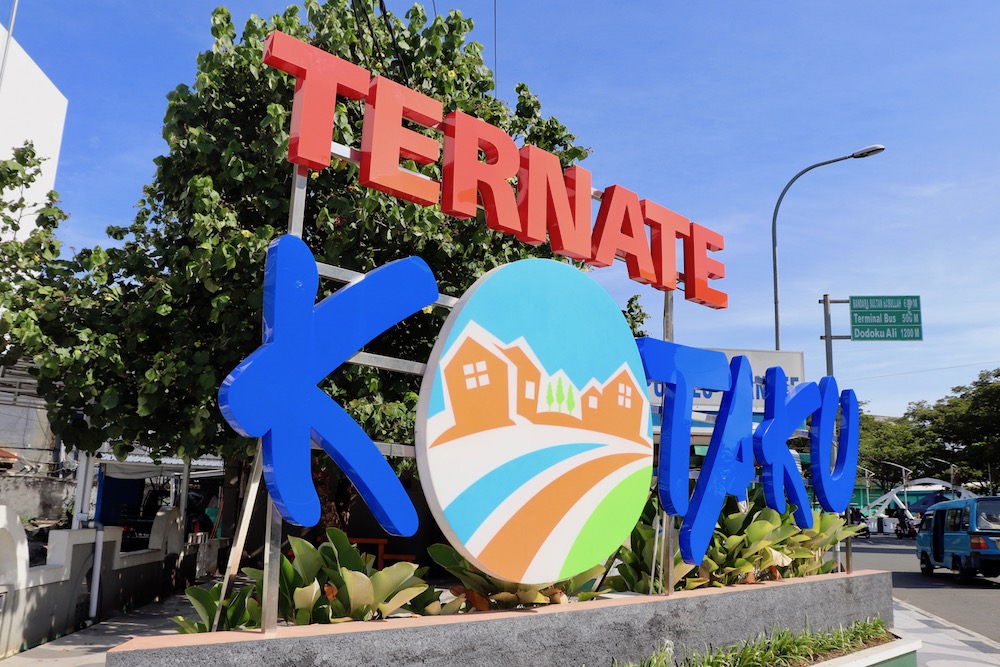 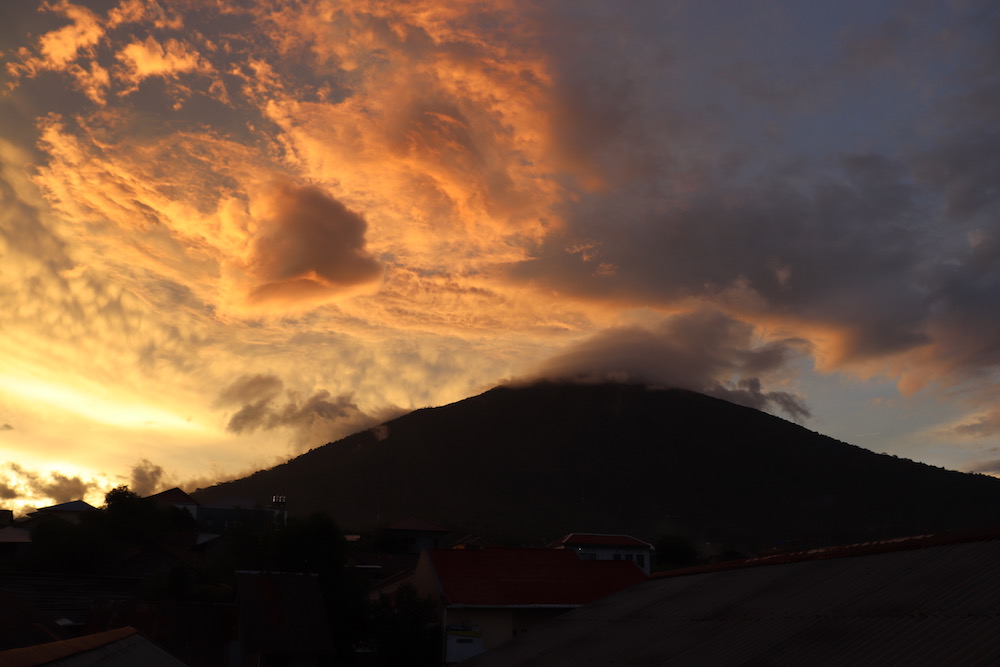 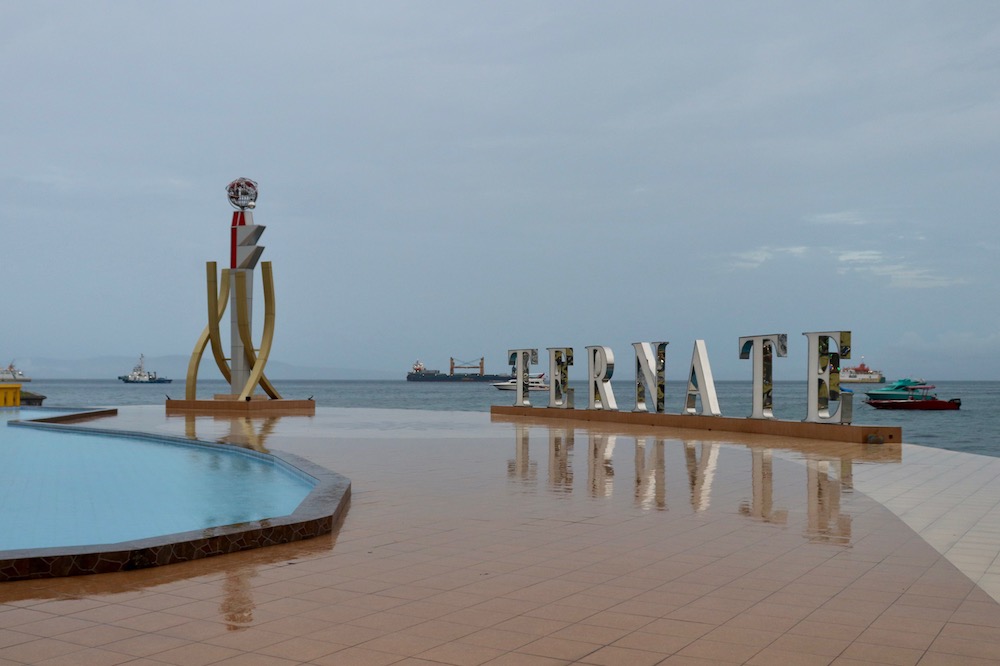 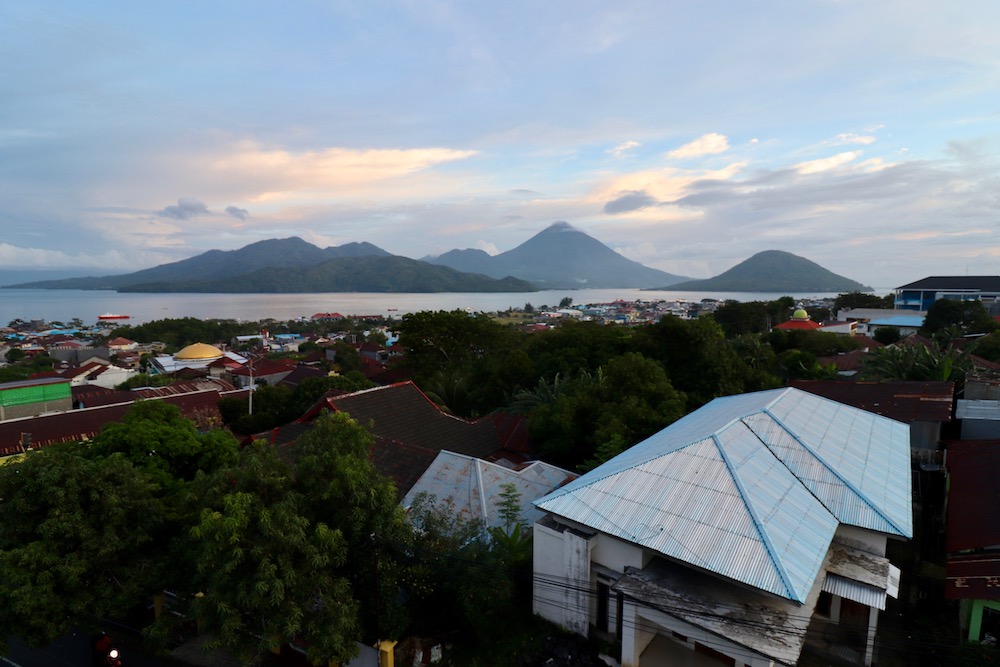 During my time in Ternate, I worked at Khairun University (Universitas Khairun, UNKHAIR) and my introduction to the community began immediately. The plane had only landed the day before and the next morning I was introduced to my department, Faculty of Fisheries and Marine Science (Fakultas Perikanan dan Ilmu Kelautan), and everyone up and down the hierarchy of the Gambesi campus on the south side of the island (the other campus was on the north side, near the airport). UNKHAIR is the biggest public university in the North Maluku province. It serves students from across the region, including the major islands of Ternate, Tidore, and Halmahera, as well as smaller islands like Hiri, Maitara, Mare, Moti, and Makian. Because classes hadn’t started yet, there weren’t many students around. The ones who were there peered at me curiously and called out “Hello, Mister!” in some of the only English they knew. It was going to be an interesting experience both for me and for the university, as they had never had an American scholar visit for a prolonged period before (or possibly at all).

Flexibility was indeed key. The first week was quiet as I tried to get a lay of my new surroundings and understand how things were structured. During the second week, the students flooded campus and the “Hello, mister!” greetings became ubiquitous. Since my host, Halik, was head of the department, he needed to review each student’s progress prior to the start of the semester. For two weeks, his office, where I was working as well, was overflowing with students whose performance and grades he needed to review and verify. Digital infrastructure was very sparse, with a wireless network that quickly became overloaded once students were on campus. Records were almost exclusively on paper, requiring physical signatures from department heads and university staff. It was a lengthy process. I was amused by the response to my question, “When do classes start?” For several weeks, it was “Maybe next week.”

As someone who comes from a monochronic culture where precise scheduling and timing are essential and sometimes overemphasized (to the detriment of creative work), this should have been a harder adjustment than it actually ended up being. I realized fairly early on that many more agreements about events and meet-ups were made than were kept, but I was able to quickly pick up which ones were likely to be kept and actually required my attention (the “high context” communication aspect of polychronic cultures). The lack of a structured schedule was liberating in many ways. As I waited for events to happen or for classes to start, I was able to work on other backlogged projects or focus on settling into living in this place, including where to buy food, how to work with a limited kitchen, and figuring out where to do my laundry. The flip side of that, however, was the sudden notice that I would be giving a public talk in an hour and scrambling to either construct something new or dig up something old, and then quickly translating the content into Indonesian using a mix of Google Translate and my rudimentary knowledge of the language to edit parts of the translation that seemed off.

I spent about a month and a half adjusting to this new living and new teaching environment. Although some aspects I adjusted to quickly, such as the teaching environment and people’s desire to stop me in the street to talk and practice their English, other aspects took longer to adjust (particularly figuring out how to cook with a limited kitchen or even where to get fresh vegetables as they were not at the grocery stores and I couldn’t find the open-air markets on Google Maps). Unfortunately, the six-month experience was cut short by the cancellation of the Fulbright program in mid-March due to the COVID-19 pandemic, forcing my premature return to US just as I was starting to get the hang of the place.

On my last night in Ternate, as I was walking home from the mall with food and some cheap clothes, someone pulled up next to me, Eddy, a colleague from UNKHAIR that I hadn’t gotten to know yet but who recognized me (I was very easy to pick out on the island). He offered me a lift home on his motorbike. Since he didn’t speak much English, we conversed in Indonesian. I was lamenting the opportunity that had just slipped away and what my deepening cultural immersion was just starting to reveal to me. But I commented that flexibility was key. Halik and I would try to move our work into the digital realm and see if we could salvage what we had set out to do under more challenging circumstances than any of us had anticipated. 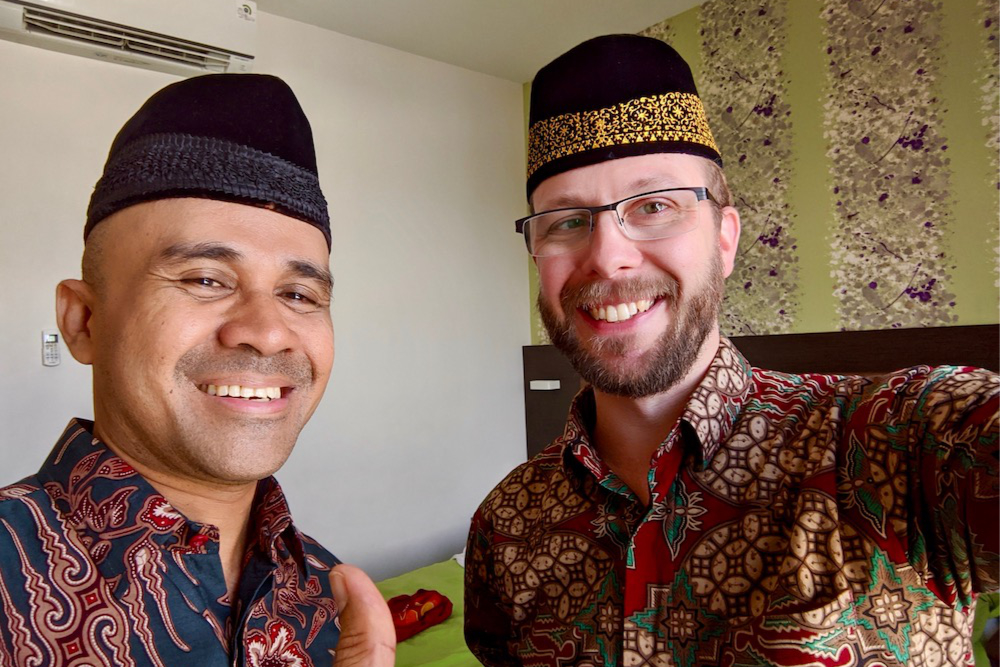 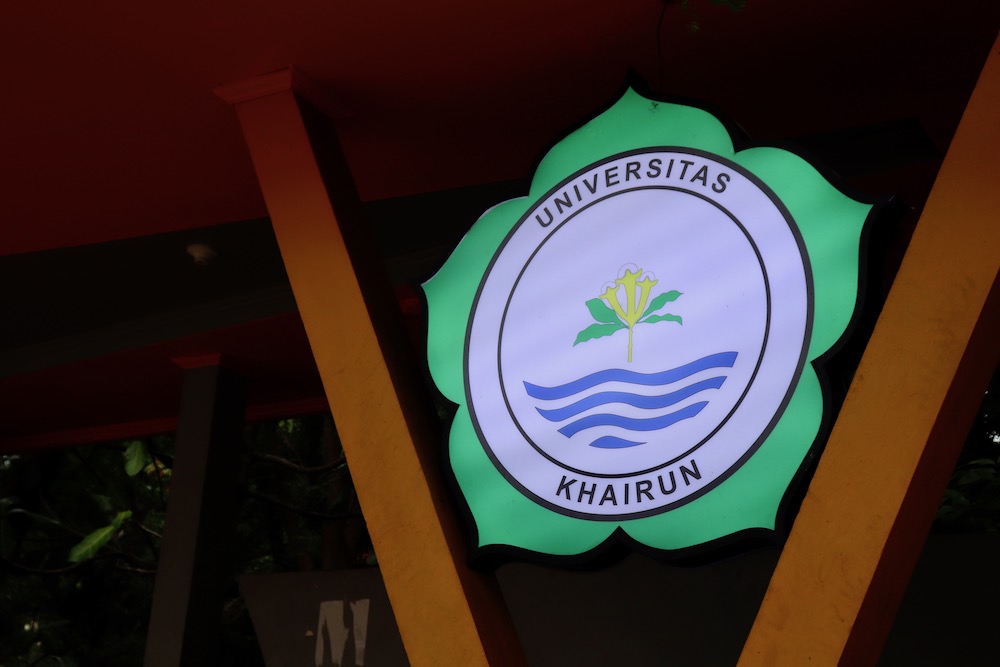 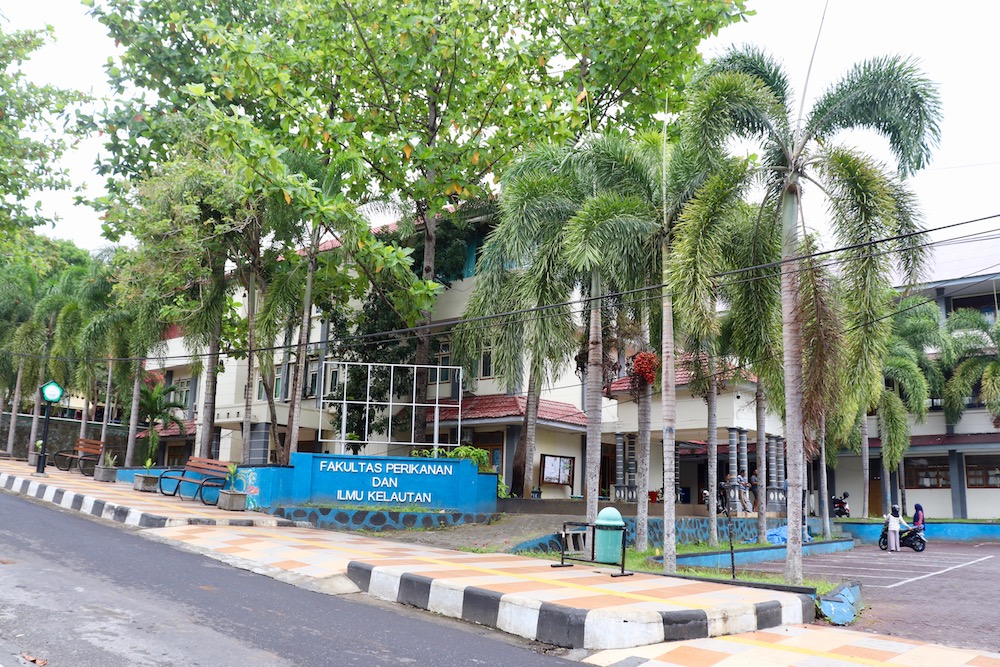 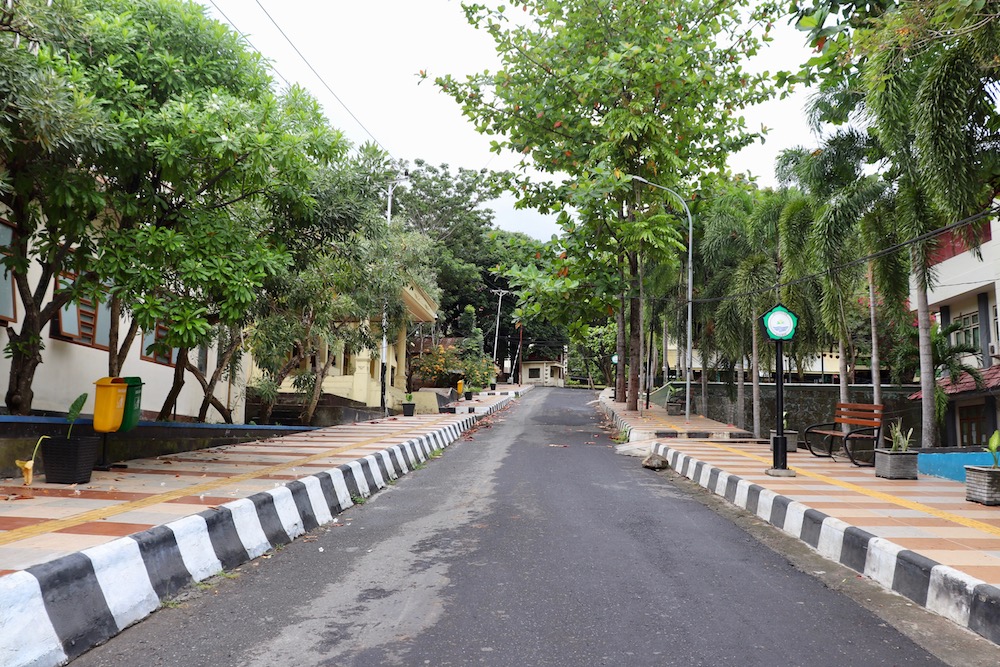